Hundreds of jobs could be lost across Nottinghamshire as the national convenience retailer McColl’s looks likely to go into administration today.

15 shops in Nottingham could be under threat, and around 1,100 stores and 16,000 jobs across the country could be affected.

“McColl’s confirms that unless an alternative solution can be agreed in the short term, it is increasingly likely that the Group would be placed into administration.” 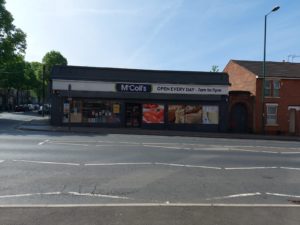 However, fellow retailer Morrisons could be involved in a last-minute effort to save McColls. McColl’s and Morrisons already have a professional partnership, with McColl’s operating regularly under the Morrisons Daily brand. If a deal were to go ahead, it would be a major financial commitment for Morrisons, with McColl’s believed to be in around 170 million pounds worth of debt.

McColl’s is a familiar site on Nottingham high streets, with seven branches in Nottingham alone. McColl’s also have shops across Nottinghamshire, including branches in Hucknall, Eastwood, Worksop and Keyworth.

McColl’s share price has also been severely affected, with the company having its stocks suspended by the London Stock Exchange. Even with potential rescue efforts, it is believed that stockholders could still be affected. 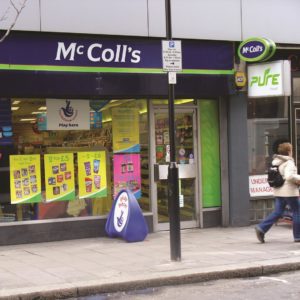