Turner has been in the seat since May 2021, having unseated Labour’s councillor Kevin Greaves with a 270 seat majority.

A complaint was received by the Conservative Party, and Turner’s expulsion was confirmed as the outcome of the disciplinary process. A reason has not been given explaining the expulsion. 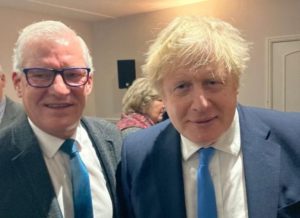 Turner sits on the health and wellbeing board and the transport and environment committee, and until January 2022 was the vice-chairman of the adult social care and public health committee.

“I can confirm the complaints do not in any way relate to his performance or role as an elected member since May 2021.”

Councillor Chris Barnfather, in a statement issued by the council, explained that he “had removed the whip from Councillor Turner” but also stated “I can confirm the complaints do not in any way relate to his performance or role as an elected member since May 2021”.